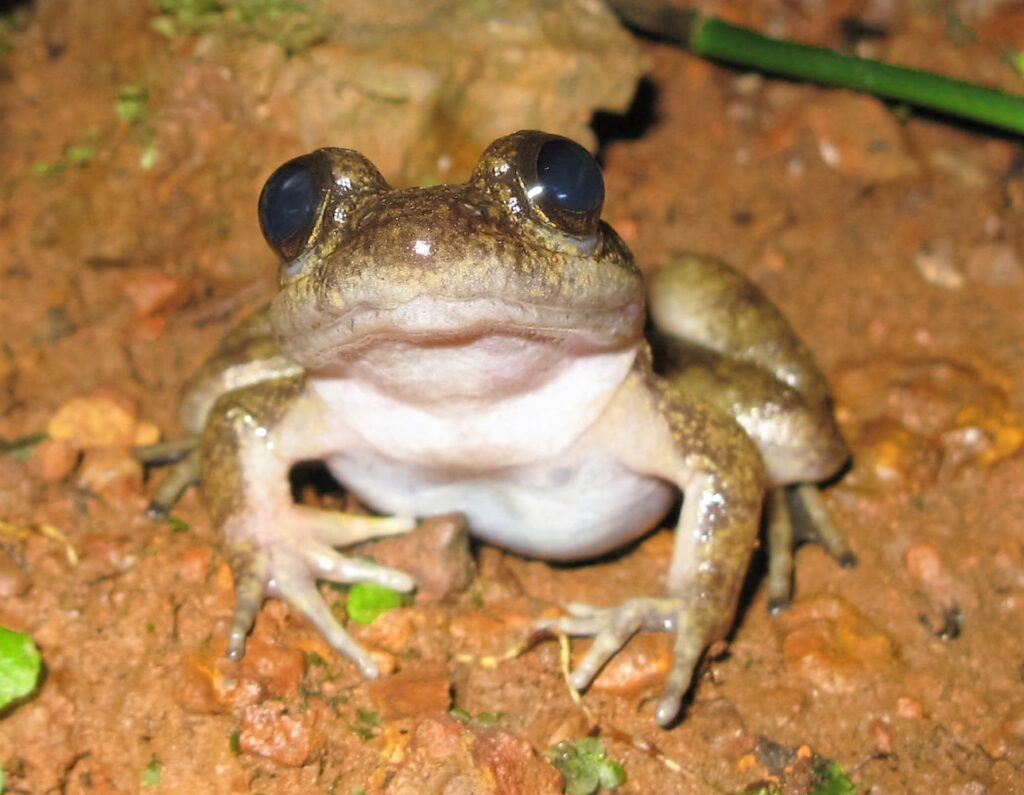 A newly discovered critically endangered frog species found nowhere else in the world beyond the Atewa Range Forest Reserve has been described and published.

With the common name Atewa Slippery frog, the new species has been named Conraua sagyimase after the community of Sagyimase at the foot of the Atewa Forest that has supported work on the frog. The Akan common name for the new species is “kwaeɛ mu nsutene apɔnkyerɛne”, meaning the “frog of the forest streams.”

This discovery comes on the back of the recent global designation of Atewa Forest as an Alliance for Zero Extinction site (AZE),a designation that means the area is now a ‘No-Go Area’ for companies and banks adhering to the International Finance Corporation’s Performance Standards for project financing. Earlier this year, another new frog species named Afia Birago Puddle Frog gave rise to this AZE designation.

The Conraua sagyimase is found only in five streams in the northern part of the Atewa Range Forest Reserve. The scientists, who include Ghanaian Scientist Dr Caleb Ofori-Boateng from the CSIR-Forestry Research Institute of Ghana (CSIR-FORIG), highlighted that the new frog species occupies relatively pristine upland evergreen forest habitats within an elevation range of ~ 500–750 meters above sea level. It occurs in rocky, clear, generally fast-flowing streams and waterfalls, although some individuals have also been recorded in slow-flowing streams.